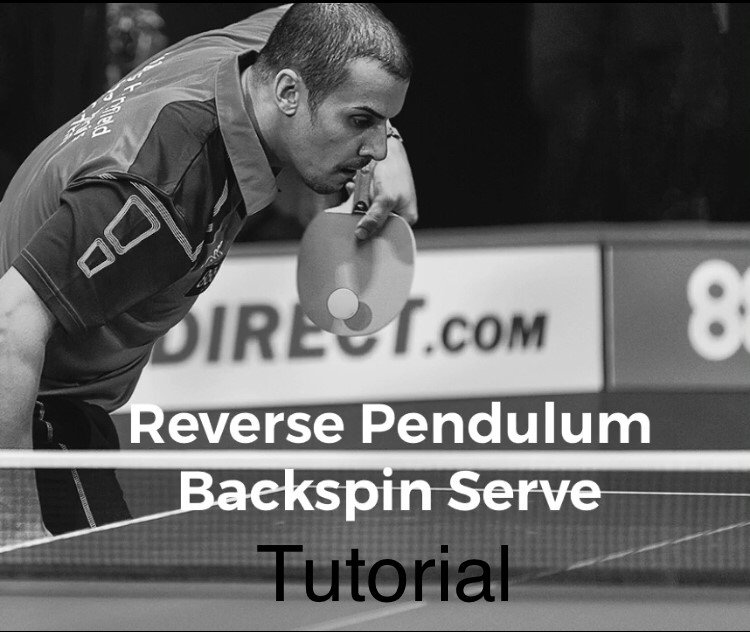 The most important shot in Table Tennis is the same as most sports, it’s the first shot!

The first shot is the most important and is either a Serve or a Return of Serve. I’m sure many saw Hugo Calderano this weekend beating three players (Timo Boll, Lin Gaoyuan, Harimoto Tomokazu) in a very convincing manner.

Many of my players and coaching compatriots contacted me asking if I was seeing Hugo’s backhand and forehand bombs? I said, ‘yes, of course, he’s a modern-day Kalinikos Kreanga. But what impressed me more was HOW he could unleash his BH and FH rockets. Most national and international players have big shots but the difference between them and world-class players is the ability to play those shots when your opponent finds ways to stop you!

It’s not about the big shots

I was explaining to everyone I spoke to, what’s impressive is not his big shots but his serve and return. A few years ago, I noticed Hugo when I saw him beat Timo Boll in the Bundesliga with big ripping backhands. Back then Timo was not in great shape as he is today and seemed to allow Hugo free rein to unleash his backhand. I never really saw Calderano produce much after that (although he did have a good Olympic Games).

So what has changed with Hugo, from a past top player to a world-class player, capable of beating anyone?

Hugo Calderano has developed the most important shot in the game.

His serve is varied with little or lots of spin. Hugo has a lovely variation with his service, his high and low ball toss. He also has a great variety of different striking points on the ball and good ball placement. All with minor adjustments which are very hard to read and see. This development in Hugo’s game provides him exactly with what he requires to deliver an explosive forehand or backhand attacking shot.
Hugo has taken it one step further by developing possibly the best backhand flick on the planet. He’s not only flicking most balls but he manages to put such venom on the flick that often players watch the ball sail past them. This is due to a wonderful change of timing with the same body language. He keeps his body facing in one direction but takes the ball slightly late for down the line or earlier to execute a wide crosscourt angle.

It’s clear to see Hugo has a huge backhand and forehand but he has worked on developing ways of introducing those weapons by enhancing his first ball (serve and receive).

Hugo has a few elements he can develop further and potentially he could also crack the no.1 world spot!

What can he do better?

A wonderful lesson learnt, you may have the biggest backhand and forehand in the world but if you’re unable to play them, they mean nothing. Find a strategy which enables you to execute your weapons.

How Important is a Table Tennis Rally?