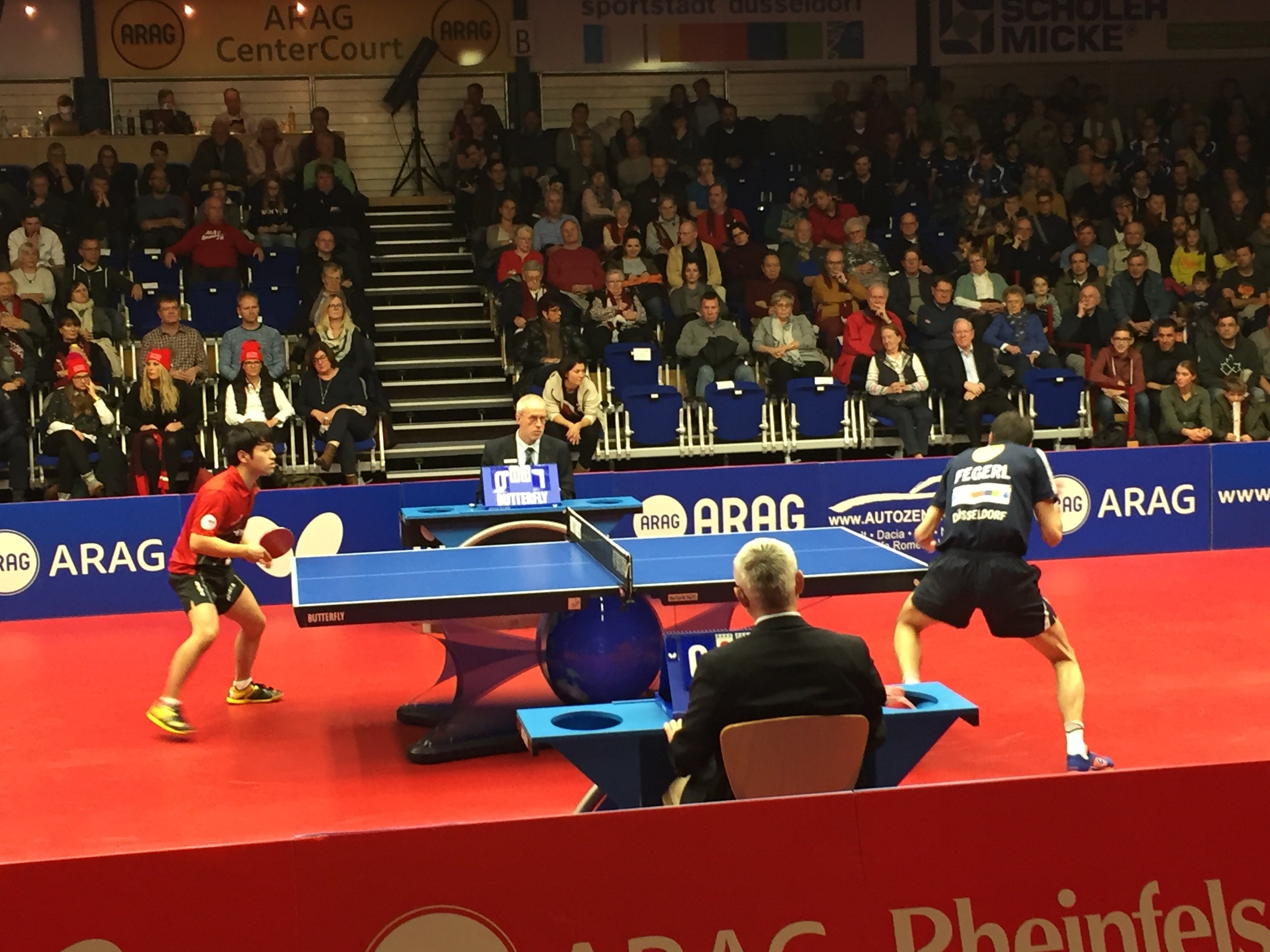 Professional Table Tennis Match
When I began playing all I knew was serve and bomb any ball that came my way. Many said you need to develop your table tennis short game and as a teenager, those wise words had no meaning to me.

What is a short table tennis game?

It’s what many find boring; short serves, short touch, pushing and flicks. This part of the game if developed correctly can stop your opponent from attacking you and can enable you to execute both your backhand and forehand. I often tell my players, to avoid prejudgment when watching others knock up with their backhands and forehands. Think about it like a car you must start from first gear (short game) up to fifth gear (big topspin shots). If you watch someone executing both wings, you’re only seeing the car in motion. You have not felt how it handles the road, the acceleration, and its true capabilities. Therefore stay focused on your game and try to avoid pre-match jitters when seeing someone’s backhand and forehand in action.

How can you develop your short game?

Most clubs and players focus on footwork and both wings (backhand and forehand). In truth, you may have the best backhand or forehand in the world but if a player stops you from implementing those strokes, your shots are effectively obsolete. I suggest training your short game just as much as the long game and for me personally, I like to coach my players 65% short & 45% long. The ratio changes depending on your personal game and style. So be aware and willing to adapt.

Often I see players pushing, touching and flicking but the quality is poor.
Short touch: must be low, spinny and if possible only have two bounces on the opponent’s side.
Long push: must have a variety of heavy and not so heavy spin (which look similar in action. The push should be deep, fast and well placed making it tough for your opponent to execute an aggressive attacking shot.
Flick: whatever flick you’re executing the aim is to put the opponent under pressure and not necessarily make a winning shot out of it. Often players think they must make a winner out of a flick and that’s not the case. A flick is a mini topspin taken early which means the opponent has less reaction time. Therefore a well placed or deep flick will more often than not give you a weak return of which you can capitalise on.
Short Touch Tutorial

The short game is often seen as boring because it feels action-less. Therefore it’s important to find ways of making this part of training fun. For example how many can you touch short (2 bounces only) when receiving 10 serves. This is great for mental stimulation, competition and a clear view of current ability and future developments.

The short game is the fuel for anyone looking to drive their supercar.

Hugo Calderano – Can win the Olympics! #5

Fan Zhendong – Can win the Olympics! #1