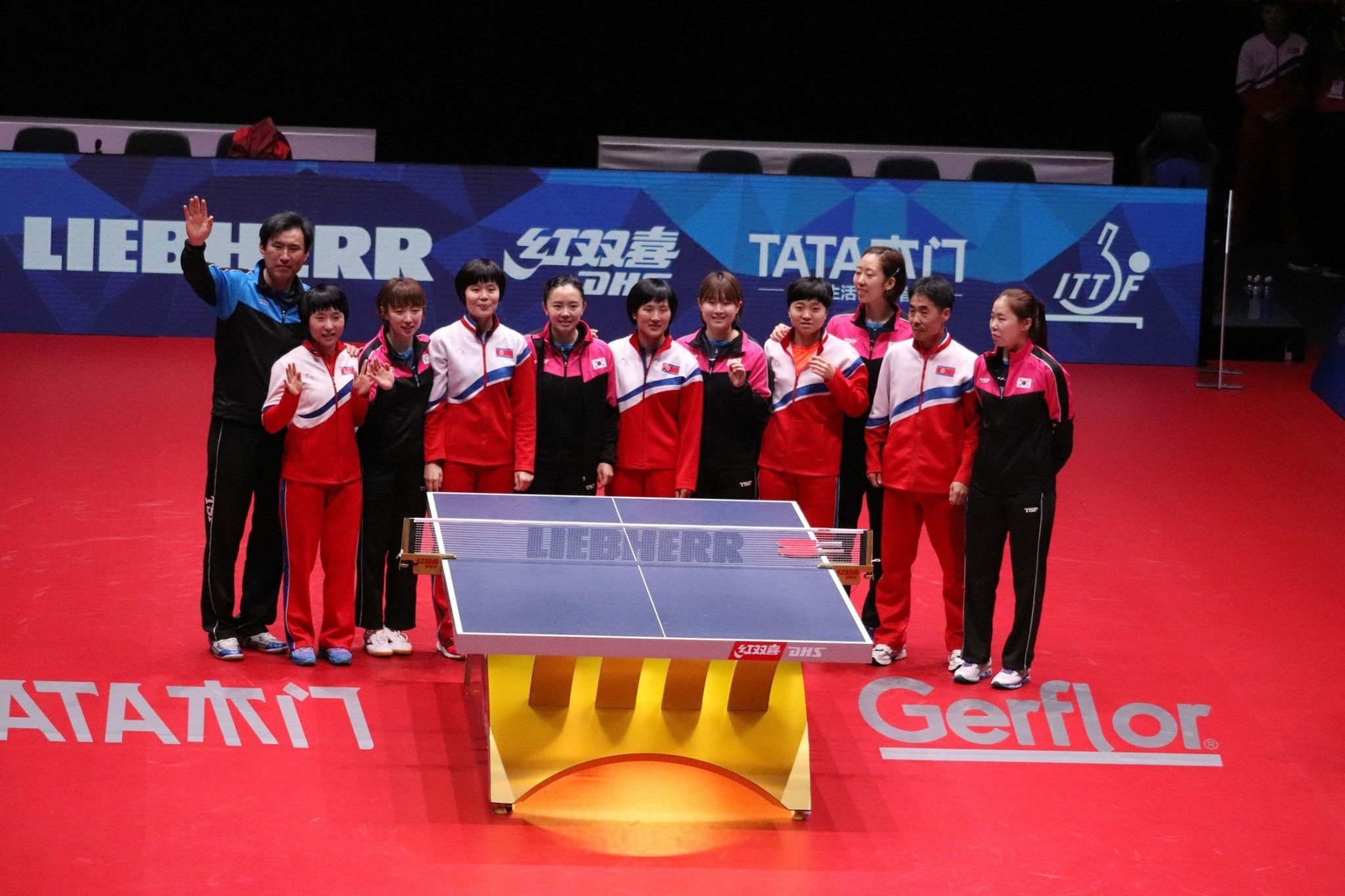 I am a great believer in table tennis diplomacy and Diplomacy as a whole. Many years ago a great event occurred called Ping-Pong Diplomacy, In short, it’s about how China opened their gates to America (click on the link to read about it).

A month ago the table tennis world witnessed history once again but this time, I call it Table Tennis Diplomacy.

We all know Korea is divided into north and south and they are officially separate countries. Both produce wonderful table tennis players. South Korea won the first Olympic men singles gold medal back in 1988 (Yoo Nam Kyu). Followed up by another singles gold medals in 2004 (Reu Seung Min). Both countries continue to produce both men and women world-class players. But at the recent world team Table Tennis Championships, we witnessed something even more special.

Both South and North Korea, women’s team reached the quarter-finals stage and they were supposed to play each other. What seemed to be a refusal of play initially, actually became unity. Both countries decided against personal competition against one and instead formed a unified combined Korean team. Both coaches sat on the bench together alongside all players for the following semifinal match.

The only time you will ever see countries who are enemy’s unite in peace, is inside sport. Sport brings people from every country in the world together in an even playing field and allows them to compete in peace regardless of nationality.

Sport connected me with every kind of person and showed me that what we think and see is often far from what actually is. Meaning we often judge or believe someone is a certain way because of their religion, colour, culture or faith.

Because of table tennis, I alongside most don’t judge someone’s external appearance or given title such as; religion, colour, culture, faith etc. Table tennis allows us to communicate via our sport first and foremost. Once a sporting encounter has taken place then and only then we truly judged one another. Often we are able to assess someone’s character via the sporting battle and a mutual respect is either formed or a bond of sporting friendship has been developed. On a rare occasion, both players will not get along due to a fearsome battle on the table but a shake of hands will occur and both parties will go their separate ways.

It all falls into one category of survival instincts. We are programmed to protect ourselves, our family and close Nit group of friends. Therefore we make the judgement based on; history, hearsay, poor body language, colour, race, region (location), religion etc. It’s an automatic response to anyone we meet who’s unknown to us and is simply a survival mechanism.

Unfortunately, I don’t believe this kind of human behaviour can ever be changed. But it can be controlled, via the power of sport.
I believe we should assess first then judge.
In a sporting environment, we feel protected via the umbrella of our chosen sport. This allows us to put our survival antenna down and give access to people whom often we would not grant permission to access our territory.

As we communicate with people from all backgrounds we start to understand that we are often similar. People want to enjoy our lives on earth with health and happiness. Humans are not born to destroy or fight one another other. We are creators and united we develop things unimaginable to a single person.

Put your guard down:

If we want to grow, develop and flourish there’s no better way but to unite. No matter how good or strong you are, as a single person, you can never defeat, develop or grow like a united team of 100 people.

Open your arms before your mind and you’ll see how people are often good, all they want is a chance to prove it.

Being a Table Tennis Player

Are You Ready for Table Tennis Success?