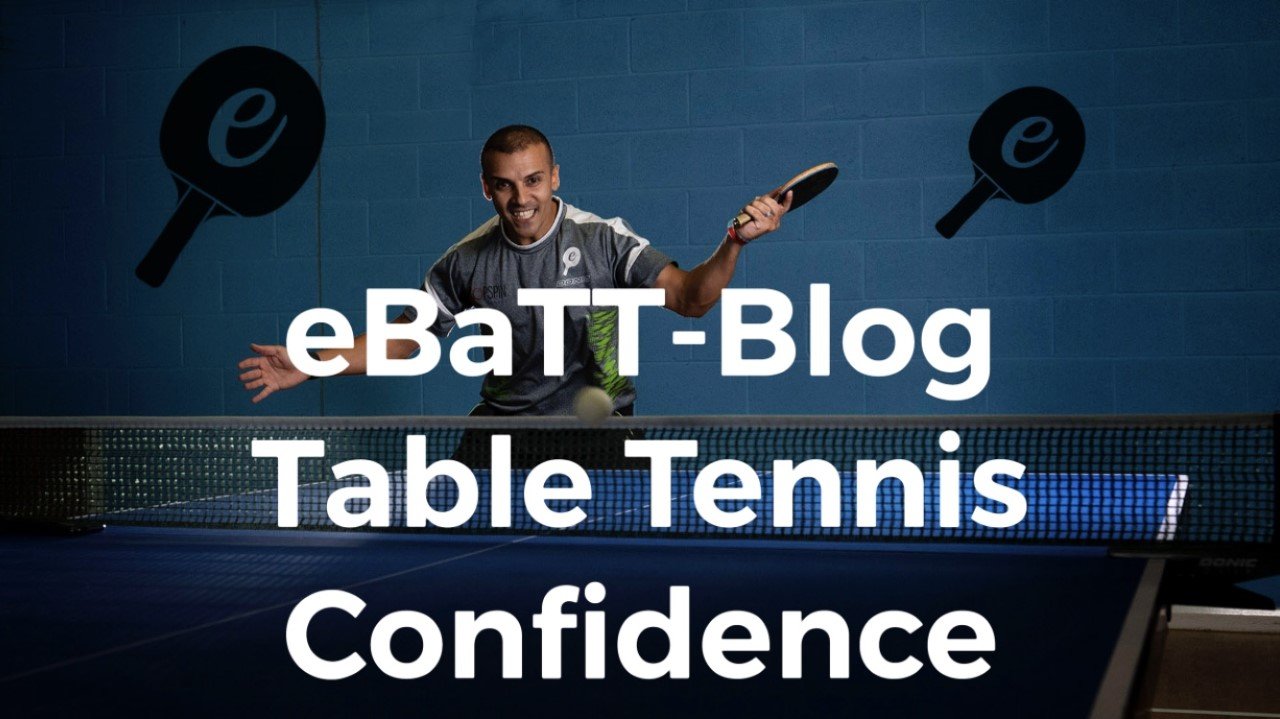 As a teenager my table tennis confidence was huge. I believed I could beat anyone and if you beat me I would shake your hand and say “I’ll beat you next time”.

One thing can change everything:

I lost my confidence aged 18 after my coach in France told me I would never achieve my dream of becoming a world champion. My game and self-belief were zapped out of me and for a year I tried to find that spirit and inner table tennis confidence I possessed as a teenager. I had had occasional good results which would re-spark my confidence but it wouldn’t last long. At 19 I put my bat down and felt that would be it for me as a table tennis player.

I was coaching table tennis but I opted out of physical play and rarely held a bat in my hand unless absolutely necessary. Luckily for me staying inside the sport as a coach saw me come back when I was 20 years old. I thought my past coaches words would have left me and I could move on. Yet I found myself constantly up and down in terms of table tennis confidence (Match Play). I was asked to play in the German league I was honoured and thought it may help my confidence but instead, it killed it. I decided to stop playing competitively and only play in my local club and leagues. My main focus in table tennis changed from a player into a coaching career driven towards helping and aiding players who wanted to upscale their games.

At 27 a special man entered into my life Sule Oleleyo former no.1 Nigerian player and 5x African champion. He worked with me at Harefield Academy for 1 year and changed my belief. He literally said the opposite of what my coach said! Sule said you’re so talented you must play. You can’t be a player forever but you can be a coach for life. He went on to say “enjoy playing each time you play, not everyone is privileged to compete at high national or international level”. Those simple words I would say to myself when I came back into competition “enjoy the moment you may never have it again!”

My level of play skyrocketed beating 6 players inside the top 15 and playing at the highest division in British League. I created a team that went on to win the Senior British League and I was apart of that team.
At 30 I was unlucky with health issues and it was effectively my last stint of Peak Performance.
7 years on I was asked to play in the Belgium League and after performing well, my table tennis confidence in match play shot right back up. I trained with a friend this week and a few weeks ago this player pushed me close in some games and even took some games and a match of me. Today I won every game giving my opponent no more than 5 points per game, I felt like I teenager again!

You’re in charge of Confidence

Three things are required for you to play confidently:
Confidence is your choice don’t let others dictate your capabilities.

*Regardless of your level, you will require good equipment to execute skilled strokes and shots, eBaTT Recommends

​Who is the Greatest Table Tennis Player of all Time? JO- Waldner or Ma Long?

The women’s final Chen vs Sun!