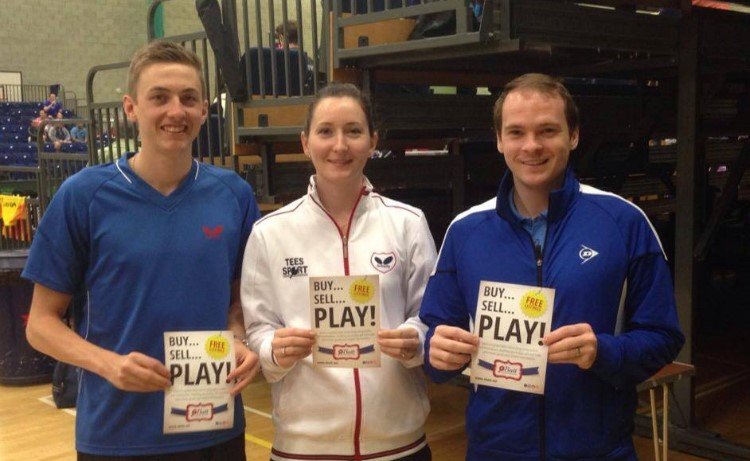 Liam Pitchford has developed the perfect modern table tennis game. He is the 3rd Person to beat Ma Long outside of China.

Having followed Liam, since he was aged 12, I’ve seen him come a long way. I remember it like yesterday (Essex Junior 4*), the hall stopped. Everyone began to watch Liam Vs Danny Lowe in the final of U13’s category. Every time Liam was trailing tears flooded out of his eyes. The exact score has left my mind but I believe it was in or around deuce in the fifth with Liam triumphant. Back then he showed signs of a future champion but few took real notice. This was because we had the no.1 European player U13’s Gavin Evans and they were in the same age category, Gavin overshadowed his compatriot.

These sensational young players all had each other to feed off and there was a feeling of healthy competition. Paul and Darius had top senior players of which pushed them onwards. Senior players included; Gareth Herbert, Andrew Baggaley, Terry Young, Mathew Syed, Alan Cook, Carl Prean and others. Most-played the national scene which enabled our youth to see and compete against the best in the nation. Liam and Gavin saw the likes of Paul and Darius, Zak and Sam saw Gavin and Liam and Helshan and Igor saw Zak and Sam, each generation fed off the other.

All these players could compete against one another and a chain reaction of great players emerged. Today many have dropped out of that list but few remain and those strong enough to have stayed for the long hall are reaping the rewards.

Broken system.
Liam was exposed at an early age to all styles levels and abilities. As a fighter, he continued to grow and find ways of winning. England’s table tennis system was great for developing young player’s at that time. But if you had reached a certain level there was little which catered for your needs.
From memory, Liam left England aged 15-16 and took his first international camp in Denmark. This was followed by a German camp where he stayed for many years alongside lots of young European hopefuls such as Simon Gauzy at Oschenhausen (OX).

Something is not working for Liam:

Liam, aged 18-19 was beginning to show signs of world-class ability. Over the course of 5 years, Liam had beaten almost every top player outside of China. But was unable to cross the line when it came to big singles events. He was the player seen as, “ I want to avoid but he won’t win the tournament”.

Why was Liam capable of beaten almost anyone but unable to win any tournaments?
A few factors come into mind: new girlfriend, physically weaker than most other TT players, possibly not the golden boy at his former German club and lastly as Liam recently confessed (personal fights with depression).

Liam made a bold change and signed for Hennebont in France. Possibly a stronger league compared to Germany now! Hennebont is also a club that has achieved many great things over the past 15 years. Liam plays, at Hennebont but mostly trains in Denmark and Sweden.  The change seems to have given Liam exactly what he needed to perform at the highest level on a more consistent basis.

When Liam was 13-15 years old I had the privilege of working with him at the English Youth training camps. I remember the coaches would often have a drink at the bar and naturally discuss players. One evening a parent (Mark Bates) asked all the coaches who has the most potential in 5-10 years time? All said, Paul Drinkhall and Gavin Evans. both I and Mark said, Liam Pitchford.

I don’t think any person can pinpoint potential greatness, but its a sort of human instinct or hunch as such and not everyone has this ability. This is because it’s not a thought its a feeling of “I know” not “I think” its a gut like feel. Of course, Paul was going to be great and Gavin would have been great if he did not have his injuries but Liam had something different, something extra!

I wanted Liam to bulk up for many years, I always felt he lacked true power and saw him as more of a counter hitter. When he played in small halls he seemed unbeatable but big halls that’s where he struggled. I noticed Liam’s legs have gotten slightly bigger over the past year and all of a sudden we are witnessing power produced from his shots.

Liam is extremely smart, everyone is flicking serves now and because of this I noticed how he is serving everywhere and placing himself in different positions when serving.  Lastly, he is able to counter almost any shot and has the best backhand switch in the world.

I spoke to Liam briefly after his huge wins, and he said one of the most amazing things. His words were “I am my biggest critic” Wow, when a person is able to criticise themselves then they are not only seeing the issues but they are also able to correct themselves. I was so impressed to hear this from Liam because we all criticise people but often forget to look in the mirror.

I see Liam, winning the European Championships, it may be a bold statement but for me, Liam is currently Europe’s best player. Dima is not in form after his back injury and Timo as magical as he is and possibly had the best season of his career last season, I feel age has no choice but to catch up with him.

Today, Liam has developed the perfect game in table tennis and there is no one he can not beat on his day.

Every single FRIDAY I publish my BLOG’s, be sure to follow us on Social media to receive your reminder.

Is Table Tennis the Most Undervalued Sport on the Planet?

How to Make a Come Back After Injury or Illness