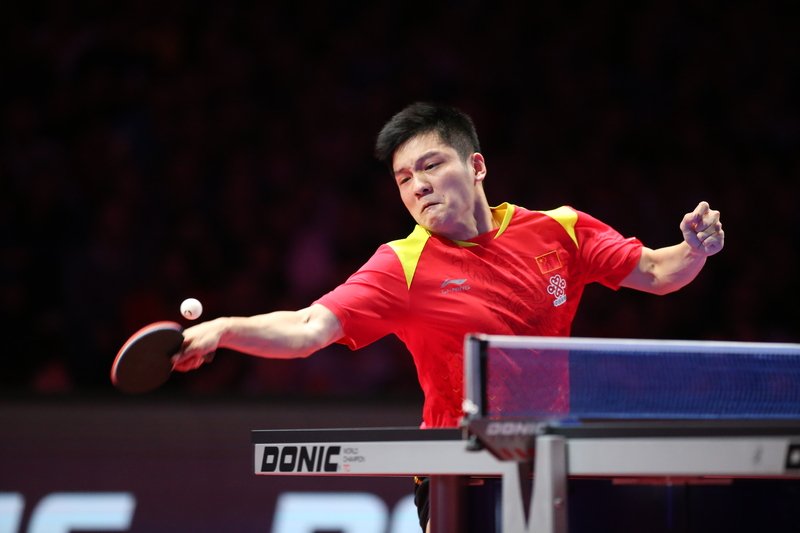 World no.1 and possibly the most ferocious player in history. His speed, power and aggression is computer game like! How he is able to blitz every ball machine like? Even the picture demonstrates that he’s super-human.

I don’t believe any player is capable of matching his speed and power. The only way he can be beaten is by using variation of speed, power, spin and placement. Implementing all these variations and keeping consistent is extremely difficult especially when you have a super force (FZD) coming at you…

This event is most likely going to crown him as the new Chinese king and take over the dragons title.

You’re fooling yourself if you don’t think so. Fan is the favourite to come out with a gold medal around his neck.

What may stop him:

I think Fan is like but not loved! He’s speed and power is admired but few can connect to that sort of game. He is not in the game to win fans but win titles and it’s clear to see.

Personally I have never connected to him but in awe of his ability. Therefore I will not be routing for him even though the odds of him winning are higher than any other player in the draw.

It’s not the best advert, if one nation continues to dominate a sport, but it’s down to other nations to find a way of winning!

How to Make High-Risk Table Tennis Shots Into Low Risk