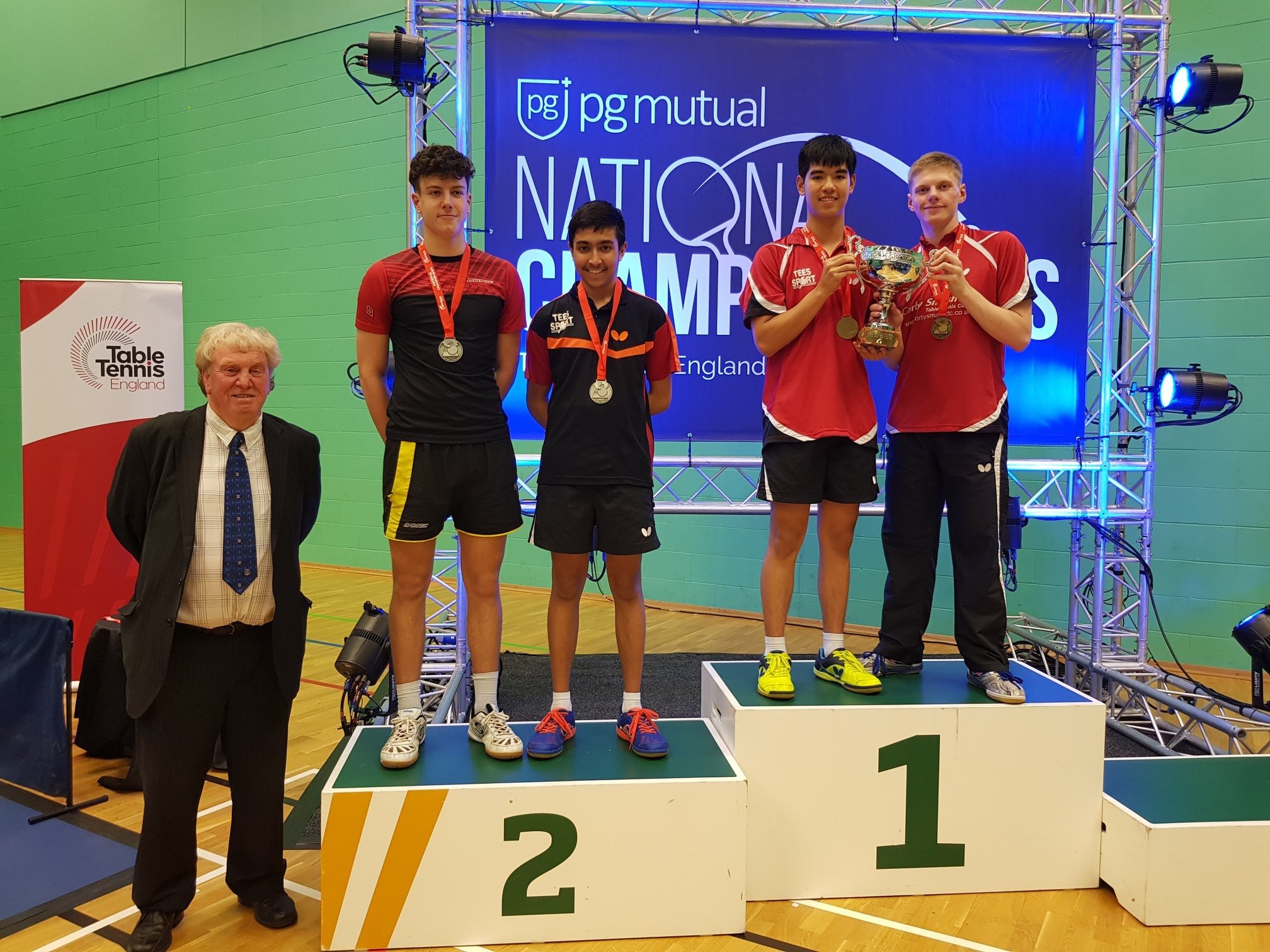 English Table Tennis National Junior championships was held in Nottingham university this weekend and I was present at the event coaching and observing.

It’s truly sad for me to say this but honesty is said to be the best policy and it pains me to say it but the foundations of English table tennis is at an all-time low.

Anyone that knows me or follows me on social media will know fine well, that I look at the bright side of life. I believe anything can be achieved and I believe in finding a positive even in the worst situation. I must say though, having coached at the Junior National Championships (weekend just gone), things look dire for the future English table tennis. I am struggling to stay positive with the amount of negativity I see, feel and hear.

Current Issues & Solutions for the National’s

1. Reward: players attend from all over the country and only a hand full will come out as champions, runner’s up or in a bronze medal position (for both main event and consolation). Let’s upscale the reward system.

Solution: It wouldn’t cost much to hand out other awards such as; Point of the day, Player of the day, match of the day, Sportsmanship, etc. This would also keep many players and families in the hall to the end of an event. The bonus would be, potentially more spectators for the final’s which will add atmosphere and support to the prestigious final’s.

2. A Restricted number of players: Having 32 players in an event is firstly un-motivating for the vast majority of aspiring players. My first junior nationals, I was ranked around 60 in England but I won my group and beat England no.16. I progressed through to the last 16, losing to England no.3 (Michael Chan) and I had my chances against him making the hall stop.  I have not witnessed a hall stop for many years in English TT because we are not providing opportunities! To become the best you must face the best, but we are limiting access towards the top end. How can no.60 beat no.16 if he/she is unable to attend? TTE is making the possible impossible!

3. Groups: I understand TTE is trying to create a formula like ITTF with a group of 3 and 1 goes through. Firstly I don’t agree with the ITTF system but that’s a whole other subject. The point is simple, A family’s cost for such an event is travel expenses, possibly a coach (funding and wages), hotel, and entry fee. The expenses can mount from £100 to even £500 maybe, even more, depending on circumstances. Horrifically this huge amount spent can mount up to a total of 3 matches for 16 of the players. 1 match for one of the seeds if they lose their first match or two matches if they lose their second match. An average of 3 matches per player can cost up to £500, what is going on? That’s a holiday abroad for some families and yet these families are investing this money on 3 table tennis matches instead!

Solution: Make the groups bigger, groups of 4 (possibly 5), I think it’s fair and have two players go through and 2 go into consolation. I’m no expert in tournaments but I’m sure we can go to France, Germany or Sweden and model their system.

The first impression, when walking into the hall; uncertainty, small cliques, segregated environment, England coaches casting a shadow from above watching for hours and hours on end, the atmosphere, in general, was low, ripple effect on player’s performing below par and due to intense pressure the joy felt zapped out of the players.

I believe in healthy competition and I love to compete but in the hall today it felt like some people are enemies! We are blessed to be a part of such a special sport, so let’s remember that it’s a competition of skill, not hatred.

I had a crazy thought today – why don’t we kick off an event with all players, parents, umpires, and coaches lined up. Where everyone quickly shakes each-others hands, prior to the event? They do this prior to every football match, players and referees greet each other in friendly terms before the competition kicks off.

Trust and respect is seemingly lost for TTE

I went around talking to many coaches, parents and players and the feedback were very negative towards TTE. I did not once entice this kind of negative conversation yet somehow someway, it was brought into the conversation.

The negative feedback I received was overwhelming and at times I felt like crying. I want to help so much yet I have no real say and influence on how TTE run table tennis in England. I am far from perfect but I pride myself in one quality and that’s compassion. I care about every person who plays or has involvement in table tennis. I want them to succeed in their own right and I think that’s the key ingredient missing with TTE. Every person I spoke to today spoke negatively about TTE, what was worse, no one mentioned anything about TTE trying to help or make a difference. It feels like they take and dictate their vision and their system. Does TTE not hear or choose to ignore the table tennis community’s desperate cry?

The system was never perfect but I remember and know that often the governing body aimed or wanted to help in one way, shape or form. Currently, it feels like TTE doesn’t want to help the players they just want to do what they feel or think is right and everyone must accept it.

Currently, there is no easy fix but there are solutions and if implemented, our sport will grow and blossom and we will see positives in due time. The national championships today was a clear sign of where our future is heading. This should be a sign for TTE that whatever they are trying to implement is not working. They have lost so many top players due to poor treatment, so please start looking at what is working and who is doing a good job. Then look at collaborating and uniting with them, the benefits of uniting, are truly unlimited. Let’s make positive developments and stop this feeling of TTE is here and the table tennis community is there.

These key elements are not hard to implement, all you need is to take your ego away and open your heart and arms to those who in effect make you.

When you are closed you are limited but if you’re open then you become unlimited.

Side note – I am hosting a table tennis training camp in America, more info Click HERE