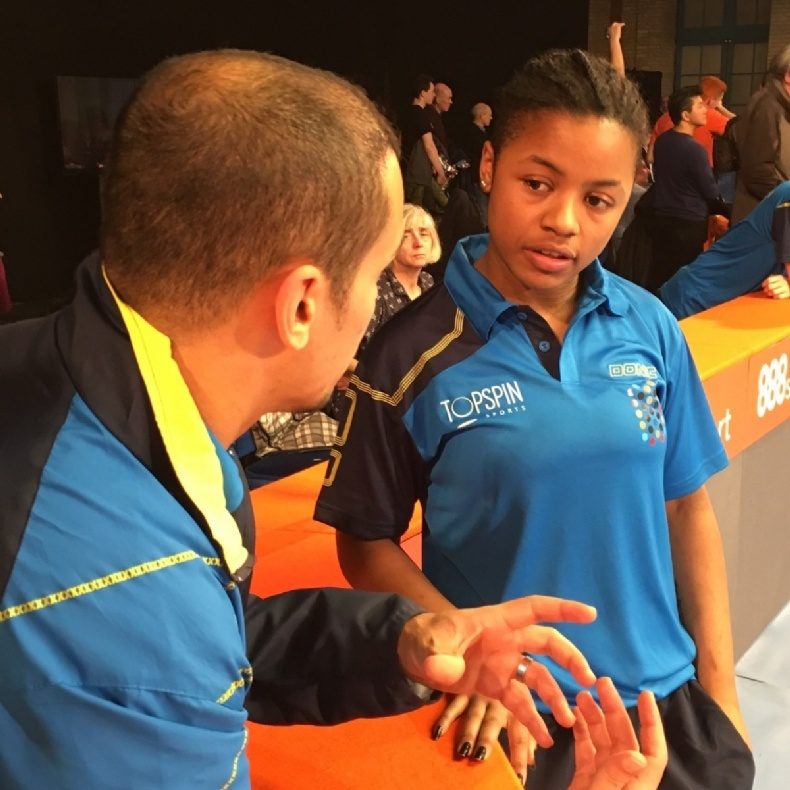 Growing up, I was inspired to become a great table tennis player and in doing so I researched a high level in the sport. This included; finding the best table tennis best coach, players and top clubs. It was a simple theory, knowing if I could watch and learn from the best then I would be heading towards my personal best.

I travelled all over and around London seeking players, clubs and coaches for my personal development. I was willing to go anywhere and pay any price for the best coach, I clearly remember working as a Domino’s pizza delivery boy and spending my hard earned cash on TT.

Michael Gadal came to England after coaching, Jean Philip Gatien (1993 world champion) and I decided I wanted him to coach me. I managed to get his phone number and so-called him, begging Michael to coach me. His answer was a clear no because he was the national coach and it would be a conflict of interest. I offered him £40ph, back in 1997, in today’s money it would be approximately £80.  For me personally, it was around 12 hours work at Domino’s but I was more than willing! Just so I could gain some words of wisdom form a coach who produced a World Champion.

Today I would do it all again as I believe commitment towards your passion is one few people have in today’s world.

But…
Six months ago a young man contacted me saying he has been following my coaching. He has been reading my blogs, watching my videos and seeing my players develop. At that current moment in time, I was focused on providing solely for players based at THA TT academy. External coaching was not out of the question and I was not willing to compromise.

Until!, this young man showed me his commitment level. He was willing to travel 130 miles and pay my coaching fees for one hour of my time. I quickly recalled myself as a kid begging Michael and decided I wouldn’t let commitment go unrecognised. The young man explained that he had a friend and they would both commit to the travel and training. I decided to test their commitment by agreeing to a one-off session. That session has become a six-month commitment with no sign of stopping anytime soon.

They entered a tournament after our initial coaching sessions and the results were a mixed bag. Nevertheless, they seemed even more determent to achieve and develop their games. Training continued and I noticed big steps in both in their games and personalities. Two weeks ago they entered London Grand Prix where they both came out with around 100 points each, progressions were clear to see.